Opening the conversation on diversity and inclusion with the intention of removing the fear of difference and inspiring change.

In the workplace, it’s important that everyone feels valued for being themselves. Unfortunately, though, it’s not always easy for people who have faced a lifetime of being judged for their difference.

There is a way, however, that employers can open the conversation to challenge thinking, remove the fear of difference and inspire change, and that’s through film.

Aptly named “I’m not prejudiced but…”, we worked closely with Greene King’s Head of Inclusion & Diversity, Garry Clarke-Strange, to create a film that invites employees to reveal the challenges they’ve faced throughout their lives.

Touching on inclusion and belonging, the production speaks to two audiences; those who feel affected or judged for their difference and those who often unknowingly hold views or assumptions about other people.

“Our brief was to create a film that invites conversation on diversity and makes people stop and think, whether they’re passively interested or in a minority. I’m proud to say that we delivered on both objectives.”

To create a connection with the viewer and give people the confidence to speak up, it was essential that we captured the experiences of real employees. To select people for filming, a company-wide invite was sent out to encourage people to share their stories, to which a variety of responses were received to enable us to create a balanced film.

There was no watering-down stories or using actors. We delved into the lives of people who have experienced prejudice throughout to reveal what it feels and looks like.

As creators of the film, we were conscious of making each interviewee feel comfortable and able to tell their story.

To make the film as relatable as possible to the viewer, we cast ourselves and local extras to ask prejudiced questions that people often ask without thinking. In total, we had 40 questions that we had drafted with the help of Greene King’s Diversity & Inclusion team and used those that best suited the answers given by the people in the film.

We met several contributors the evening before filming to get to know each other and put people at ease. On the day of filming at the Tollgate pub in Bury St Edmunds, we used a clever little device that attaches to the camera during filming. This enabled the interviewees to look into the eyes of the interviewer rather than down the camera lens!

We listened, empathised, chatted, and, most importantly, cared. We cared for each person’s story to capture what Greene King wanted to achieve.

We’re delighted to say that the film has already had a hugely positive impact and is part of Greene King’s journey to be fully inclusive of all its team members, where people are embraced and valued for who they are.

Achieving Everyday Inclusion is an ongoing “journey”; one of commitment to creating an inclusive workplace and culture. All change starts with a conversation or action, and the film does just this.

Sunny Chavda
16:15 17 Jan 22
Our business required a series of 8 videos to help market our Automotive Video Apps. Being a young business, we needed good quality videos at an affordable price. Many people can create videos but I was particularly impressed with the planning that went into the pre-shooting process. He listened to our needs, created scripts, found the perfect presenter and created amazing videos! Simon communicated clearly to ensure we were on the same page throughout the journey and his enthusiasm in helping me and my business is appreciated. If you want a personable, warm, professional company to showcase your products/services then please consider Simon and his team. It was an absolute pleasure working with you!

Rob Glen
09:17 20 Jan 21
We needed to put together a 10 min video for a conference presentation at short notice. Simon was extremely helpful with lots of advice and tips to make it interesting and good quality. There was lots of back and forward discussion as we worked out the best approach, but everything was done to plan and I was very pleased with the final result.

Katrin Hulme
20:31 19 Jan 21
We worked with SGA to create an information and testimonial video for our digital health product. Really professional, responsive and helpful, which was very much appreciated on a tight deadline. Would thoroughly recommend.

Becky Paul
13:48 09 Jun 19
Would highly recommend SGA after they produced a highlight-reel video of a conference I co-ordinated. Great to work with and great video content.

SamEveryMusic
09:47 29 Mar 19
Simon and his team were absolutely fantastic when the filmed some promo footage of my bands live music show. They were efficient, professional and the final product looked incredible. Would HIGHLY recommend.
‹
› 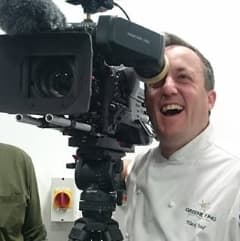 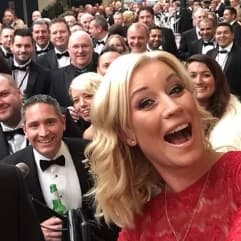 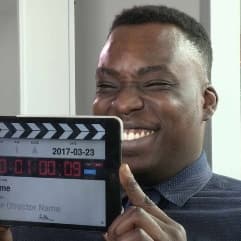 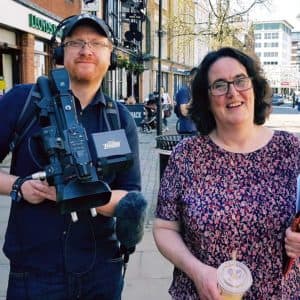 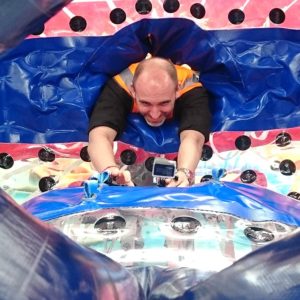 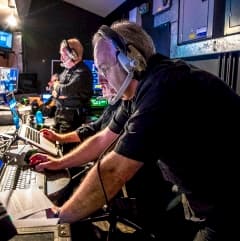